Virtually every motorist thinks he/she is a pretty good driver. Motorcyclists, who are better trained, more highly skilled and have a vested interest in safety know that the reverse is usually the case.
Given that every motorcyclist has car-driving friends (who have other car-driving friends and so on), it is a good idea for riders to pass on their road-craft knowledge to others. Who knows? Some of it may stick and contribute to road safety (and we'd all get to where we need to go a bit quicker and without all the aggravation)!

Here are some suggestions for car drivers: 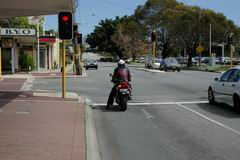 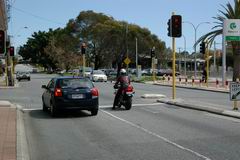 This web site (including all the text and graphics) is copyright © Nenad Djurdjevic, 2006-17. All rights are reserved. Without limiting the rights under copyright reserved above, no part of this web site may be reproduced, stored or introduced into a retrieval system, or transmitted, in any form or by any means (electronic, mechanical, photocopying, recording or otherwise) without the prior permission of the copyright owner.